Thinking of giving a Blu-Ray player to your partner, customer or supplier? Excellent choice ! This gift CE or prestigious customer gift will move its recipient but also enhance the image of your company.

Works council: Image and quality for your best partners

We bring together, in this section, the best blu-ray players market, in terms of design, quality and price. From renowned brands, our Blu-ray players, among all the products in the section Picture, as a corporate gift offer incomparable visual and sound comfort. Modern design, innovative features, ingenious performance ...

Our Blu-ray players to offer as corporate gifts or CE gifts will help you strengthen your professional relationship with your partners, while preserving your CE budget. Discover our must-have offers of premium Blu-ray players, available online at unbeatable prices.

Offer a blu ray player as a CE gift

What to know about blu ray player

Blu ray player is a high definition version of DVD player. The turntable offers unmatched picture and sound quality. As a result, it is the favorite device of moviegoers. It is essential in a Home cinema installation. The player can play audio CDs and DVDs. It is also compatible with various surround formats, including DTS HD Master Audio, Dolby True HD, DTS X and 3D Dolby Atmos codes. Some Blu ray players are considered to be multimedia entertainment equipment in their own right. But to take full advantage of it, you have to know how to choose your equipment. Get advice from your blu ray player wholesaler or blu ray player supplier in case of doubt.

What is blu ray player

The Blu ray player is the worthy successor to DVD. Attracting more and more moviegoers and video game enthusiasts, it is now invited to all trade shows. Compatible with DVD discs and perfect for enjoying the full potential of your HD video projector or your flat screen, the device is the essential equipment of a Full HD high definition home cinema set. Compared to DVDs, the picture quality of Blu-ray discs is 4 times better. Note that it is possible to watch 3D movies with a Blu ray player. Blu ray players come in different lines of high tech devices, as is the case with DVD. - The classic Blu-ray player: the device allows you to watch films in the traditional way. - Blu ray CD player; the device can play 3D compatible films, provided that dedicated equipment is used in addition (3D TV and glasses. - The Blu-ray recorder player: the device offers a dual recording track, allowing to record 2 programs on 2 different channels simultaneously. The memory of this type of player varies from 150 GB to 1 TB. - The 4K blu ray player: this equipment can play 4K discs that can store up to 100 GB. The blu ray player 4K uses HDR technology, and therefore needs to be connected to an equivalent television (4K TV). You will find all kinds of blu ray players and 4K blu ray players at a blu ray player wholesaler, a blu ray player supplier or a specialized store.

The criteria for selecting a blu ray player

Blu ray player models are plentiful in specialty stores, and at blu ray player wholesalers and blu ray player suppliers that you quickly lose footing when buying. To be able to choose the right blu ray player or 4K blu ray player for your needs, it is important to consider some points. - Connectivity: the choice of connection is very important to be able to take advantage of other peripherals around the Blu ray player. To view HD content, an HDMI connection is essential. For 3D content, you need an HDMI 1.4 connection. To read 4K, an HDMI 2.0 connection is required. - Video formats: in addition to Blu-ray movies, you may want to view content in different formats. Therefore, be sure to choose a Blu ray player that can play DiVX, MKV or even AVCHD. - Connectivity: some Blu ray discs contain online videos. To read them, an Ethernet port or a Wifi connection is necessary. As the Ethernet sockets are placed far from the TV, opt for a reader with a WiFi option. - An internal hard drive: a Blu ray player including an internal hard drive is useful when you want to record a show and save it. This is the case with the Blu ray recorder / burner player. - The USB socket: a Blu ray player equipped with a “host” type USB socket is necessary to connect external peripherals such as a USB key, a hard disk, a camcorder. Once you've taken all of these criteria into account, make sure the Blu ray player you've chosen is playing both 3D and 4K Blu rays.

The most popular blu ray players

It is known that the Blu-ray player or 4K blu-ray player provides exceptional audio and video quality. It includes interesting features such as 3D, 4k or Wifi technology. Blu ray players come in different models and brands, to choose according to your taste, your needs and your budget from all blu ray player wholesaler and blu ray player supplier. It is obvious that the PlayStation 3 has made it possible to democratize Blu ray among video game enthusiasts, and moviegoers aged 18 to 30 thanks to. Indeed, the Sony console can play Blu ray. The more recent versions also take into account the 7.1 and upscaling K technologies. Sony once again demonstrates the extent of its know-how with the Sony UBP-X800M2 4K blu ray player and its full connectivity. It is the perfect element to complete a home cinema set. It has Hi-Res Audio connectors, and Dolby Altmos and DTSK, is equipped with a coaxial port, HDMI, HDMI audio and RJ45. The Blu ray player has Wifi and Bluetooth. The LG brand has also developed a good quality Blu ray player: the LG UBK80. The device offers remarkable picture and sound quality thanks to Dolby Atmos for cinema, FLAC and DTS-HD Master audio for sound. This player is DVD, UHD and 4k compatible. Samsung stands out with its DB-J5500 / ZF Blu ray player with a curved design. This player can play many movie and disc formats: DVD, Blu ray (2D and 3D), MKV, DivX HD. It is equipped with USB and Ethernet sockets and offers more than 250 applications to be able to access Youtube, Facebook and Netflix.

What to know about the 4K blu ray player

The world of digital images has undergone a great revolution with the appearance of 4K televisions. On the other hand, an evolved version of the blu ray player saw the red: the 4K blu ray player. It must be admitted, the multitude of offers in the various shops, blu ray player supplier and blu ray player wholesaler does not make the task easier. To have the right device, the one that suits your expectations, it is necessary to study certain parameters beforehand. These criteria include compatibility, connectivity, image quality and design.

What is the 4K blu ray player?

How to choose a 4K blu ray player?

Which brand of 4K blu ray player to choose?

4K Blu-ray players deliver Ultra High Definition picture quality, and are able to play and optimize the resolution of your old DVD and Blu-ray HD videos. This technology allows you to experience a new dimension where the richness of details and the realism of the colors are combined for a true immersion in the heart of the action. For your satisfaction, there are many models of 4K blu ray player available in the market. Most devices are praised for their performance, reliability, disk load speed, backward compatibility, and menu efficiency. Models with the Panasonic, LG, Samsung or Sony logo are included in many reviews. This is the case of the 4K 4K blu ray player Sony UBP-X700, Samsung UBD-M9000 Smart Ultra HD 4K, Panasonic DP-UB820, LG UBK80 and Pioneer 16 x Bdr-211ubk Internal Burner. They can also be good personalized blu ray player and promotional blu ray player. Discover 4k blu ray players in a specialty store, from a blu ray player wholesaler or from a blu ray player supplier.

A blu ray player wholesaler at your service

Make your choice of the right blu ray player

A blu ray player supplier near you

Find your device at your blu ray player supplier

An advertising blu ray player that advertises you

A personalized blu ray player that looks like you 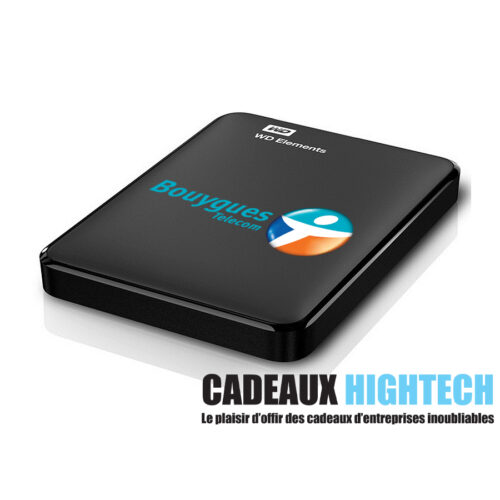